Below is the text of Bishop Rickel’s January 28 announcement:

I am pleased to announced that the Rev John Forman has been called as Rector
of St Elizabeth, Burien. John was called as Priest-in-Charge in September
and formally begins his ministry as Rector on February 1.

John is a Benedictine oblate of Mt Angel Abbey who has lived in Michigan,
Wyoming and Montana, where he still has family. John earned his bachelor’s
degree in Journalism from the University of Washington and his MDiv from
Seattle University’s School of Theology and Ministry, where he was also the
graduate assistant to STM’s Ecumenical Liturgical Director. He has been
serving as a priest associate at the Church of the Redeemer in Kenmore,
Washington, where he served as an intern and completed his transitional
diaconate under the guidance of Rev. Canon John Fergueson. He served as a
community developer, liturgical master of ceremonies, Eucharistic Minister
coordinator and prayer team lead at St. Paul, Seattle, where he went through
a rigorous formation and discernment process under the direction of the
Right Rev. Melissa Skelton, now the Bishop of New Westminster.

John has been a trainer at the Diocesan College for Congregational
Development and a consultant for the Congregational Consulting Network. He
ran a small organization and leadership development consultancy for 14 years
and is the author of “Integral Leadership: The Next Half Step” published by
SUNY Press last year. He and Jennifer, his wife of 27 years, have two
daughters, Emily and Elizabeth.

John and the people of St Elizabeth will hold their Celebration of New
Ministry on June 3 at 6 PM.

Join Us at St. Elizabeth 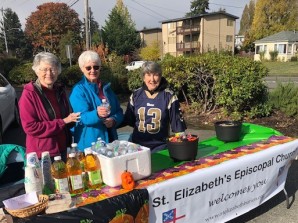 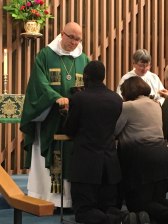 There is Power in Love 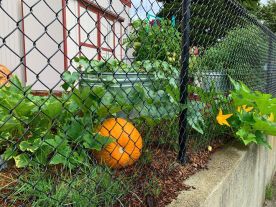 We are an open-hearted, openminded community where people find healing, friendship, acceptance, and opportunities to discover and give their gifts to the world.

St. Elizabeth Episcopal Church is currently closed due to the coronavirus. Sunday worship services are posted online each Saturday on the St. Elizabeth Facebook page.

To find the page, click on the Facebook image at the top right of this page, or cut and paste this address into your browser: https://www.facebook.com/St.ElizabethBurien/

We are a community of caring, committed Episcopalians in Burien, Washington, working to make a difference locally, nationally and around the world. Our church is friendly, informal and non-judgmental. All are welcome to worship with us! 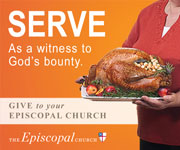